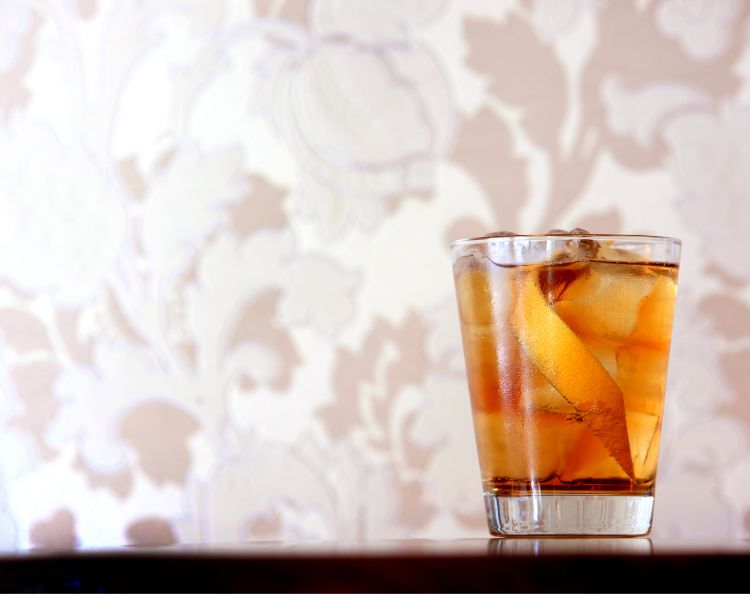 There are some constants in the universe, and one of them is that if you travel to Spain and are even remotely involved with the cocktail and spirits scene, you will want to hit all the sherry and vermouth spots. That’s only natural. Although the country now boasts one of the best cocktail scenes anywhere, booze lovers on the look for authenticity don’t necessarily immediately think about mixed drinks when in Madrid or Barcelona. And yet, Spain also has a legitimate cocktail, one that deserves to be (re)discovered. I say “a cocktail”, but it hides multitudes. In Bilbao, for instance, you’ll see locals order Marianitos, served in martini glasses. A healthy pour of sweet vermouth, a slug of gin, a few dashes of a bitter ingredient (liqueur and / or bitters) and maybe some curaçao and you’re good to go (each bar boasts its own recipe). In Madrid, they’ll be having Yayos (slightly citrusy soda mixed with vermouth and gin) or Media Combinaciones (two parts vermouth, one part gin, a sweet liqueur and something bitter, served on the rocks). In Barcelona, the Media (or Mitja in Catalonian) also has its fans. Anywhere else in the country, spot an old school bodega, walk up to the (preferably wooden and chipped) bar and order vermouth from the tap with, if you please, “un chorro de Ginebra” (a splash of gin): there you are, you’ve only walked in and you’re already drinking like a regular.

All those drinks are quite different and yet they all bear a striking family resemblance. That’s because they’re all children of one mother recipe: the first cocktail to make it big in Spain.

Spain was comparably late to the cocktail thing. While countries like France or the United Kingdom already had a decent cocktail scene by the late 19th century, it wasn’t until the 1910s that Madrid and Barcelona upped their game. And so unlike Paris and London, where mixed drinks had come directly from the United States, Spain’s first drink-slingers were taught by what one could call ‘second generation bartenders’ hailing from Paris or… Cuba. To put it another way: they didn’t learn from the original, their knowledge was second-hand.

This complex web of influences and circumstances meant that the first Spaniards to have a cocktail at a Spanish bar were being served in cafés built on the French model, where the *it* drink (and thus ingredient) was vermouth —at this stage, most probably Italian.

The recipes were inaccurate (being from second hand sources) and, probably, reinterpreted through local experience and expectations. They were in essence concepts rather than set recipes. And the most popular concept was the “vermouth and gin cocktail” (or, as one contemporary article wrote, a “vermut chin cóctel”). One shouldn’t mistake it for a Sweet Martini though. You see, there was the Cuban influence here. Many Spaniards, especially from the North, immigrated to the Caribbean in the late 19th century. Cuba, at the time, was much wealthier than Spain. And the migrants came back, with money and, sometimes, drinks in their luggage.

One of Havana’s cafés favorite style of drinks was the Compuesta (Spanish for combined). The Ginebra Compuesta (combined gin), for example, was basically gin, sweetened with sugar, livened up by the tiniest amount of lemon and served long with plenty of ice and seltzer.

You could make a ‘Compuesta’ with whatever base you wanted, and soon enough you had one made with vermouth. Those drinks were not cocktails in the original sense: they were not served in cocktail bars by expert mixologists; they were café drinks made quickly and inexpertly with no specific specs (you just had to have a general idea). Back in Spain, though, the Compuesta arrived right when cocktails became popular and, well, mistakes were of course made. In some places, especially those manned by returning migrants, the Compuesta remained the Compuesta, in others the Cuban café drink was turned into an American-style cocktail, served short. And that’s how the Vermouth & Gin Cocktail (a couple ounces of sweet red vermouth, a quarter ounce of gin, dashes of bitters, served up) was born. It soon became the most popular drink around, especially in Madrid. Over the years, this ungainly beast of a drink evolved.

The Yayo is probably the closest relative to the original Cuban version and it is served, in Madrid, in old school bars where you will not see any cocktail.

I’m told it also has traction in Asturias, up north, a region whose ties with Cuba are very deep. The Vermouth & Gin Cocktail, born in the rarefied air of Parisian-style cafés in Madrid, has disappeared and has been replaced by the gin-heavy Media Combination. In the Basque Country, they opted for the middle ground, with the vermouth remaining the star of the show in the Marianito. They sometimes say that you can taste history through a dish or a wine. You can through an aperitivo too. Next time you find yourself in Spain, track down one of those drinks. There’ll be time for straight vermouth or sherry later. ———— The views and opinions expressed in this article are those of the author and do not necessarily reflect those of Freepour.