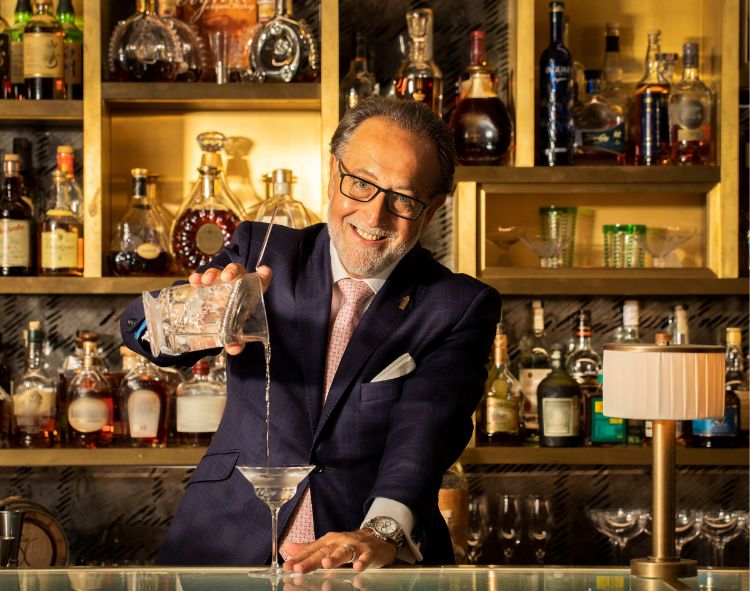 In the wake- hopefully- of a pandemic that’s ravaged the service industry at every level, there are a lot of new folks in our work force who’d genuinely like to understand their prospects for upward mobility in the ranks. Part of this is likely generational, as the pressure to make the most of each work opportunity and eliminate gender and race opportunity and pay gaps, while moving up or on replaces the old cisgendered “company man” mentality, which previously rewarded (primarily white men) for their longevity in a specific role within one firm: or bar in this case. As a 25-year veteran of the service industry, I empathize with new and old colleagues as they attempt to navigate an industry recovering from a generational crisis that’s forced everyone to rethink what work is worth in an industry full of “frontline workers”. A few years ago, the gravitational pull of brand ambassadorship opportunities was amongst the most daunting risks to retention rates of our most gifted and talented in hospitality, but today: I sense a more existential concern that the work itself has lost its luster, and that the juice is no longer perceived as “worth the squeeze”.

Rather than polling workers to confirm these concerns- I’d love to be wrong- I reached out to three role models of mine: London’s Salvatore Calabrese, Honolulu’s Justin Park and Denver’s Alex Jump, who’ve always inspired me to grow within and without the industry.

I asked them how a newcomer to hospitality might navigate their aspirations to move up through the industry swiftly- knowing that this was not their experience or how they’ve steered their career- and was richly rewarded for my query. While it’s been a long time since each of them were new to the industry, these are the sorts of conversations they’re confronted with by their staff and others routinely as operators of the world’s best bars.

Salvatore summed it all up rather neatly: “Everyone wants everything very quickly.”

He believes, “the worst thing for a leader is to wait for them (your staff) to come to you.  If you’re good at what you do, you know the twitch.  By the time they come to you to ask, it’s already too late.”

On a series of phone interviews where he was able to step away from service to chat with me, Salvatore recalled his own upbringing in the industry:

Alex Jump, who recently left a post as G.M. of one of America’s most revered bars to head up Focus on Health, an agency set up to improve the lives of hospitality workers, attributes the pressure to show progress in one’s careers to the

“celebrification of bartenders and chefs. Instead of using time markers, I’ve tried to be introspective when it comes to growth to be able to make sure that when I’m looking to move into a new role, I’m doing so because it’s the right time for me to start working towards new professional goals.”

“if a person wants to work every station, that’s something to be grateful for. But so is someone’s drive to master one aspect.

As long as we enjoy what they are doing and have a feeling we’re positively contributing to something we believe in, I don’t think a single role or having many matters.” His characterization of the needs of the business as “we” instead of his needs as it’s operator “I”, give you a sense of his approach and willingness to let each employee chart their own course based on their interest and passion akin to Jump, with the staff member having more control of their career path.

Jump believes management should “help employees start taking initiative to show that they are growing their professional acumen, from knowledge to technique to interpersonal management. A lot of times I’ve seen people ask for promotion but without many actionable items to show how they’ve been working on growing professionally.” Park values performance but believes aptitude and attitude should also be “the key metrics when it comes to things like promotions. In both business and life. This way builds a culture in teams that promote the continuation of everyone bettering themselves.” While it will no longer take four years to pick up a shaker- a Calabrese shaker- in one of Salvatore’s bars, his perspective remains decidedly old school when it comes to managing his staff’s career ambitions.

“I want you to be a sponge. When you start something, just like a dry sponge. You put it in the water and it becomes wet. You have to learn everything. Either why the sponge needs that much water or needs to be drier. They stick with the job, not with me. To love it you need to understand it. To understand it you need to do the hard work. To know, appreciate and be humble about it.”

Having been trained and mentored by bartenders and operators from Salvatore’s generation and working day to day- as he still does- with a work force half my age, I pine for the passion that Calabrese exudes when he speaks about hospitality work.  It is clear that he views his work as a vocation not a career and delivers his views about it like a sermon. His relentless affection and positivity are infectious in his presence, but very rare in an industry that can wear people down mentally, physically and emotionally over the years.

Jump told me that “one thing that I used to remind our staff of frequently is that while making the same cocktails day after day can feel very mundane, it’s important to remember that the guests sitting in front of you from one day to another are having vastly different experiences.

Remember that you’re there to create amazing experiences for every person that comes in the door, even if you’ve made X cocktail 100 times tonight already and you’re over it. I think the same can go for the hospitality industry as a whole.”

Her antidote to the sort of grind she describes above “was learning how to lead with grace. To be honest, growing in this way requires making a lot of mistakes. And growing as a leader takes a lot of time. It takes experience.”  This answer resonated with me as I think back upon my career and the many mistakes (I can now see more clearly in hindsight) made with regard to how my leadership and energy must have affected my staff; both positively and negatively. This form of brutal honesty with oneself- seeing yourself as one of Salvatore’s sponges- isn’t a rose-colored looking glass for most leaders. Park confessed “It’s ok to not be ok.” My wife often reminds me of this. This helps me to re-focus and helps me to remember all the things that made me fall in love with this industry. This helps me to stay engaged and remind me of how lucky I am to do what I do.”  Said in another way, this is Jump’s grace.

Alex advises hospitality workers to “set your sights on the long-term goals you have, and recognize that some of that work you’ll have to do to achieve your goals will mean that you have mundane days, weeks, years sometimes. It’s about becoming a master of your craft, and that simply can’t happen in a span of a couple of years."

Calabrese told me “I’m still learning.  Please don’t say that you know it all. One of the reasons I’m still here, is I can still get involved. I haven’t just been behind the bar. We are more than that.” Perpetually looking inwards, Salvatore believes:

“A bar is one home, a house, where you are involved.  You are helping your colleagues in their need.  They are rotating.  They work back and front. The bar should not be your barrier!  Let’s not build a wall in front of the bar and just be the chef.  This is what’s happening now.  We are talking less and less of our heart.”

In the echoes of Salvatore’s lament of what Jump described as the “celebrification of bartenders and chefs”- which some might view as ironic coming from a bartender who’s proudly served many celebrities- I choose to defiantly believe bartenders can be both celebrities and servants if they don’t let their presence in the physical bar become a barrier to their influence.  It all comes down to “finding ways to keep growing even beyond the walls of the bar you work at” Jump counsels, and that sounds like a promotion to me. ———— The views and opinions expressed in this article are those of the author and do not necessarily reflect those of Freepour.