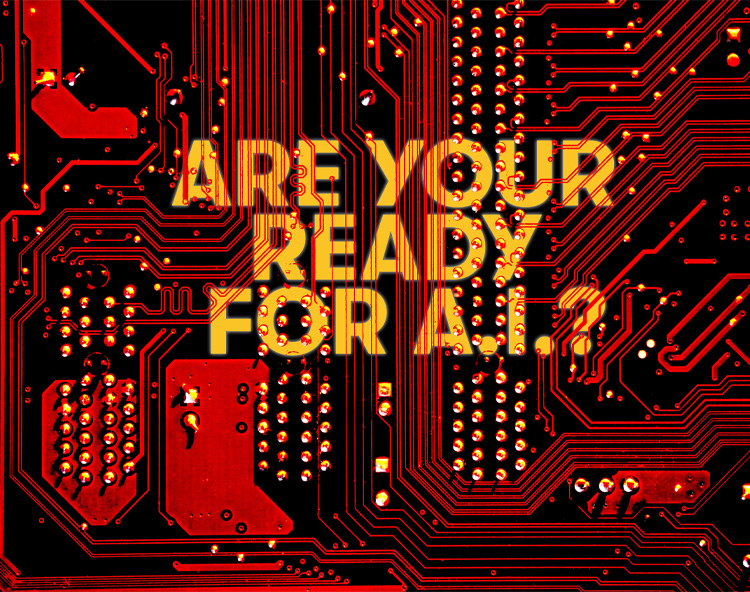 The speed of computer processing is so advanced that we can collect and analyse data incredibly quickly. The bottlenecks at the moment include data storage and network architecture, so many technological wizards are currently attempting to create sustainable (and by that, I mean workable and usable) models of collecting, storing and analysing data using a decentralised model — i.e. putting big data in the hands of a single user or business.

The Internet of Things

But where will all this data come from, I hear you ask? As we invite smart technology into our homes and businesses, data becomes more accessible and prevalent. Wearable technologies, such as fitness trackers and mobile watches, smart utilities such as integrated hovers, fridges, televisions and home-controlled automation such as the Google Home, Amazon Alexa, Ring doorbells, Hive heating and even electronic cars all count towards the Internet of Things. Currently, businesses can collect data from these devices without repercussions. A robot hover, for example, could tell product manufacturers the square footage of your home, and Tesla collects about 5 minutes of data for every car ride you take. What they use it for, most likely, and definitely in Tesla’s case, is to feed their neural networks and improve AI technology.

Neural networks are a subset of machine learning. They are experts in algorithms and are often programmed to mimic the logic of the human brain. They are used to solve problems or create new ideas. A learning algorithm needs input, and that’s where data comes in. It can then digest that information and learn how to make appropriate decisions. Experts predict that by 2030, artificially intelligent robots will make up about 25 per cent of the workforce in the hospitality industry.

However, according to the website, WillRobotsTakeMyJob.Com, while there is a 79% risk of automation replacing bartenders in the next twenty years, the skills robots are currently missing include;

And because bar work is relatively dependent on social perceptiveness, there may end up being a division between our human social skills and the manual robotic skills that will essentially split the role into a human host programmer and robot drink producer. The splitting of human from robotic roles is already happening around the world, and it’s this line between the master (human) and the puppet (robot) that seems to be evolving the most rapidly. Marketers and business analysts already use AI to help them make strategic decisions and to test theories, and the creative industries are using AI and neural networks to experiment in film, music and entertainment. The idea being that the robot does the leg work, and the human executes the decisions — this is not SkyNet just yet. And this is happening in the hospitality industry already. Using a bespoke neural network called Ginette, Bristol-based Circumstance Distillery, AI specialists Tiny Robot and digital data company Rewrite Digital attempted to create a best-selling gin recipe. Ginette learned a database of thousands of botanicals, commercial gin recipes and more than 500 gin names. The team fed Ginette with all the botanical blends of gins for sale on the Master of Malt website, and as Circumstance also produce seasonal gins themselves, they had a backlog of botanical blends they could feed her. At first, Ginette was programmed to value the better-selling gins more highly than the less commercially successful ones So once she had thousands of potential ingredients, she could begin to produce recipes. However, this is where the monkeys with typewriters ‘infinite monkey theorem’ analogy ends. Because if the recipes were considered worthwhile by the distillers, they were fed back in as ‘good recipes.’ Ginette began to learn what recipes would please the team and what made gin ‘good’ not only from a sales point of view but in terms of the value of human taste from expert gin makers. It’s important to note here that this part of the processing depended entirely on subjective human feedback. After several rounds of reviewing her output and giving her back their input, Ginette began making what Director and Co-Founder Liam Hirt considered competent suggestions. Once the distillery had three recipes that looked like they could work on paper, they took to the stills and created all three to choose a favourite. The final bottling had a botanical blend of juniper berries, coriander seed, angelica root, raspberry leaf, gooseberry, prune, clementine zest, orange zest, and marigold.

"Of the three recipes we made, it was really down to the personal choice which one we decided to bottle because all three were really very drinkable gins."

Sales of the gin, however, were disappointing, so had Ginette failed her task?

"What was really interesting about the process was challenging our perceptions of what made a recipe 'good'. It got us out of the groove of purely investigating what we were interested in and opened up our minds (and pallets) to flavour combinations we may never have come up with otherwise." So, this was more of a thought experiment and creative play with emerging technology. It shows how many human factors like timing, skill, concept and context come into play when producing, bottling and selling a spirit and how balance and nuance are crucial to understanding salesmanship. Would you do another bottling, given what you've learned? I asked; "Interesting questions, but I doubt Circumstance Distillery will make another AI gin. We thought Ginette might help us come up with fresh ideas, but really, we never run out of ideas. At least, we haven't since. There are far more difficult problems we could use AI to help with in the future."

Less headline-catching technology is also in place. For example, you can get an AI automated phone answering service that you can program to pick out keywords like “dog” and “patio” and respond, “Our patio is dog-friendly.” Guests have been using virtual assistants to search for restaurants for a while now, but a new technology gaining popularity is voice ordering—where guests can use their smart devices to place restaurant orders while multitasking. This goes hand-in-hand with the introduction of self-service tills. KFC is experimenting with kiosk facial recognition technology that can recognise repeat visitors and tailor their experience based on past orders and preferences. Then there’s the vast amount of applications back-of-house AI can have. Integrating inventory and purchasing systems with your point of sale (POS systems) has a significant impact. Using AI-enabled software, venues can track staffing and sales data to determine trends or patterns in busy times (and less busy times). Then, they can staff their restaurant or bar appropriately for the expected traffic and sales during each shift. Finally, as augmented reality becomes more compatible with AI technology, expect incredible changes in the way consumers interact with your websites, cocktail menus and other digital assets; already maps, reviews, bookings, adverts and predictive analytics social models are changing, and the hospitality industry will need to adapt as well as keeping the solid foundations of a truly good food and drink experience at the heart of their success.