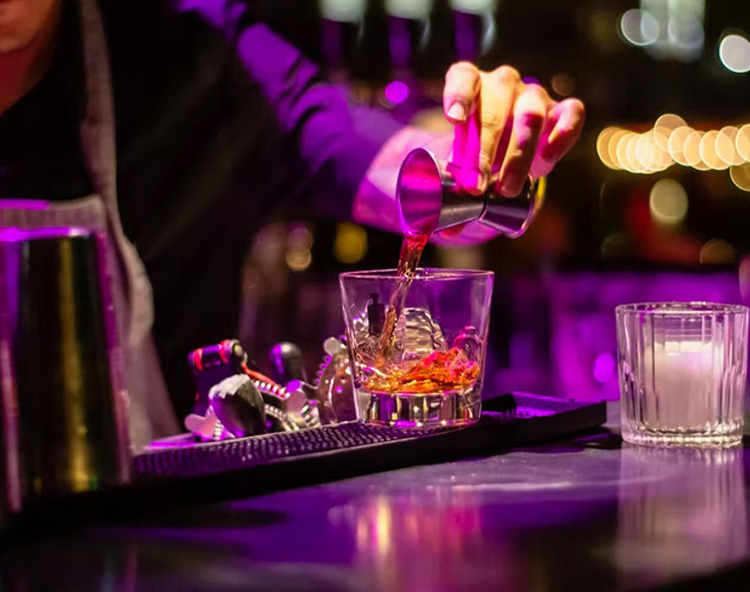 According to Victoria Searl of Data Hawks (wearedatahawks.com), to be a customer business, you need to be a data business. An expert in hospitality marketing, she suggests that brands who don’t know their key groups in intimate detail will lose them to the brands who do. External factors such as labour shortages and pandemics notwithstanding, it’s true that owners, managers and staff usually have an emotional connection to their venue. Many people who work in hospitality do it because they love to make a customer feel good. They get a little dopamine hit if they give someone a once-in-a-lifetime evening to remember. That’s certainly my experience from the twelve years I worked on the ‘shop floor,’ whether I was bussing plates in a local pub or running an inner city cocktail bar. Back then, I demonised numbers as unsentimental and viewed data-led marketing as a form of manipulation. But within a suffering industry, knowing how many potential customers you have and how to convert them could save your business. Simply because we can only manage a certain number of emotional connections in our lives, data helps you understand a larger group of people.

"We live in the era of personalisation, and Generation Z, the age group who account for at least 40% of the UK hospitality market (18-25yo), operate differently from any group before them. They don't remember a time before smartphones, Spotify, Netflix, or social media. They want to do what we've always done; eat, drink, see their mates, but they want it entirely on their own terms." — Victoria Searl We need to be adaptable. In the words of Bruce Lee, we need to “Be like water my friend.”

Data is the New Water

Approximately 50,000 years ago, modern man began to inhabit every corner of the world as people were constantly on the move. This hunter-gatherer phase was constrained by the need to remain close to drinkable water. Our success came as we watched the water, its movements, its pathways, and its dangers. But evolution was slow as observations had to be passed down, so experience was built through generations. This is how many hospitality venues see their marketing. They observe their customers and make decisions based on what they see. This type of processing requires a high degree of experience, training, and communication between teams in an industry with a staff retention problem.

Sourcing from the Well

With time we had collected enough information to irrigate, allowing us to settle and adopt an agrarian way of life. Humankind established permanent settlements. This new type of livelihood spread everywhere, and the population began to expand faster than ever before. Agricultural life made it possible for us to construct villages, cities and eventually states, all of which were highly dependent on water. But pathogens transmitted by shared pools of contaminated water became a serious health risk. Guaranteeing pure water for people became a prerequisite for successful urbanisation. Ultimately, whoever controlled the water had to maintain that control in one (or some combination) of three ways: through force, by having permission from those who needed the water.

Sourcing from the Tap

Edwin Chadwick’s idea to pipe water into homes and flush it out again into sewer systems significantly affected mortality. According to a poll by the British Medical Journal, sanitation is the greatest medical milestone of the last century and a half. Using the analogies above, let’s talk about data ‘sourced from the well’ as secondary and ‘sourced from the tap’ as primary. Harness water flow, and you’ll live a healthier life: harness data sources, and you’ll have a healthier relationship with your customers.

What is Secondary Data?

If you are getting your numbers from anyone other than your research efforts, that’s secondary data. It includes administrative reports from apps, computer programs or systems like Epos or Facebook, bought data such as postcode info (PAF) or wifi ring-fencing (geodata) or the free census and population data from Government websites. Secondary data is available from lots of sources, many of them free. It’s already been used in previous research, making it easier to carry out comparative studies. It’s both time and cost-efficient. While secondary data is useful, there are two major disadvantages. The first is, like a village well, it is owned by specific people with specific agendas. Their bias muddies the water. The second is that you need to share it with others. This sharing of muddied data means that your business is susceptible to misleading information.

In her book Movement Matters, Biomechanist Katy Bowman writes about how her training in North America led her to believe that human ankle dorsiflexion range was limited to 7-35 degrees. This was reinforced by the wealth of evidence-backed studies using an American male collegiate athlete population. It wasn’t until she looked at data collected from outside the western bubble, such as tree climbing coconut farmers in South India, that she found a maximum range of 7-45 degrees. This discovery has changed her entire outlook on American sports science literature and rehabilitative exercise programs. Caroline Criado Perez studies gender politics and found historical gender gaps in the vast swathes of data. She argues this gap influences women’s daily lives in her book Invisible Women: Exposing data bias in a world designed for men. One example is that major safety rating systems used worldwide don’t use an updated representation of an average female in their tests for car safety. Face recognition software, used in law enforcement surveillance, airport passenger screening, and employment and housing decisions is not only the least accurate of the dominant biometrics (fingerprint, iris, palm, and voice) but has proven algorithmic problems. A growing body of research exposes divergent error rates across demographic groups with a racial bias. For example, a study published by Joy Buolamwini in 2018 found that when the person in a photo was a white man, the facial recognition software worked 99% of the time. But when the image was of a darker-skinned woman, there was a nearly 35% error rate.

Going back to our tainted water from a shared source analogy, this data bias often affects the general populace, not the decision-makers who own (and sell) the data. Therefore it is difficult for your business to redress these wide-scoped and insidious issues.

"Your business can evolve when you use data rather than emotion to make decisions. This is ultimately a change in mindset. You begin to ask what am I being shown? And what does it mean? You can develop your own research questions and seek the data source that is most useful in finding the answers. For example, social media data is very sentimental. People tend to look at vanity metrics.” — Victoria Searl

Like well water might need filtering before you drink it, secondary data requires top-tier scrutiny before you believe it.

What is Primary Data?

When we talk about clean data, we mean data that is representative. This means data collection needs validation, testing and updating. For example, one primary data set is your recipe measurements. Keep the recipe quantities in your till system up to date, and your GP percentages will be correct. The vigilance is on you, but the accuracy of the information is worth it when facing the cold hard reality of payday. “One of our customers spent most of their efforts creating seasonal menus and were rightly proud of them. However, when we looked at credit card data from all of their sites, we found that most customers repeated visits between 6-9 months apart. Meaning that the majority of their customer base was missing those quarterly efforts.” — Victoria Searl To collect primary data, you need to design interviews, surveys, or experiments yourself. For example, when you enter a venue, and their wifi login collects your information, that primary data set is important to the venue for whatever reason they design: people, especially Generation Z, no longer mind exchanging their data for better, more personal services.

"Finding primary data sources doesn't need to be intrusive. Look at sources telling you the cold hard truth like booking details, wifi logins, credit card data, inhouse-apps or content management tools, or customer relationship management tools. Once you are in the habit of testing your assumptions about your business, it will thrive.” — Victoria Searl

Simple demographics aren’t enough anymore. One 25 yo female might eat a vegan burger because of its impact on sustainability, whereas another might be against animal cruelty. You need to understand the value you offer and why your customers love coming to your venue. From psychographic data, you can find out what the people around you value in a decent drinking or dining experience. Once you know your customer’s causes, you can develop a bespoke customer acquisition, conversion and retention strategy. Then you’ll draw a look-a-like audience of potentially valuable customers into your circle. Once you know your most valuable customers, you can use automated systems that compel them to come in and come back. When we talk about using data for driving success, we mean keeping an eye on the trends that build long-term resilience. Trends appear via number crunching much faster than anecdotally.

"In one multiple site operator, we looked at changing trends in their customer's average age. We found that younger people were coming in more frequently. We also found that these younger customers rarely ordered desserts. Instead of focusing purchasing power on perishable sweet serves, we replaced dessert items with other more attractive menu options, and sales increased.” — Victoria Searl In truth, interpreting data can help develop short to medium-term sales but, even more importantly, introduce practices that evolve with the business, creating long-term resilience and automation that take some of the daily pressures away from staff.