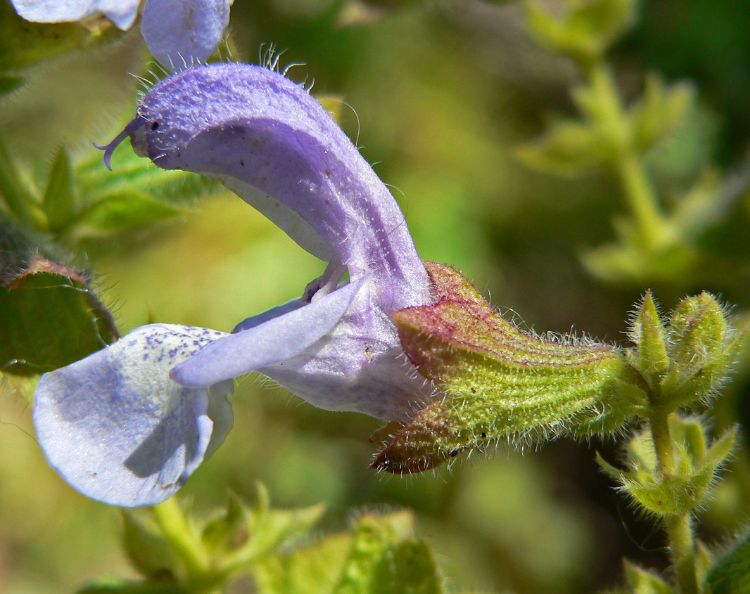 When it comes to cocktails, some say that flavour is limited only by your imagination. While this is certainly true, I propose that the extent of your botanical expertise is the true determinant. Sure, while having a wide understanding of spirits, bitters and lengtheners are essential to being a good bartender, the key to unlocking unusual flavour profiles – and elevating your serves – can literally be found in your backyard.

South African bartender David van Zyl has been foraging as long as he’s been able to walk, and has built up a solid reputation as “the plant guy” in the local bar scene.

Having spent a number of years behind the stick at Cause Effect Cocktail Kitchen – at the original Park Road shop, the current flagship V&A location and the seasonal beachside bar in Camps Bay in Cape Town – Van Zyl is now head barkeep at Una Más Mezcalería in Sea Point, while also slinging drinks at The Art of Duplicity. Not only does Van Zyl know where to find botanicals in the nooks and crannies of the country’s many wild places, but, vitally, he can identify what’s safe to ingest, as well as alchemise bark, leaf, flower and seed into syrup, tincture and infusion. Van Zyl cautions bartenders to be mindful when making use of foraged plants, both in terms of understating toxicity and not over-harvesting.

“When considering using wild plants, you have to think of how they protect themselves against the elements of nature, insects and animals (including us). You have to remember that they release protective chemicals once picked, which is sometimes the scent you pick up,” he explains. “Stressed plants may have stronger protection. These protections may come through in forms of acids, alkaloids and sometimes things that might poisonous to our system if too concentrated. Always keep in mind that less is sometimes more, and at the same time, forage respectfully and in a conservational way,” he continues.

In terms of processing wild plants, Van Zyl likens it to the way you may use herbs and vegetables in your kitchen.

“It’s best to blanche the plants in water to remove protective wax and layers to get to the good stuff. When extracting, flavour profiles should be tested continuously during the process to prevent over-extraction, which can cause bitterness and foul flavours. You don’t want to spoil your hard-hunted batch of goodies!” he advises.

How to identify it “Salvia Africana Caerulea is a greyish, hairy shrub that grows up to 2m tall. It’s strongly aromatic; the leaves are sometimes oval-shaped and other times – like in the case of salvia dentata – tooth-shaped. It flowers from winter to mid-summer and varies from blue to white,” says Van Zyl. While wild sage is indigenous and prevalent in South Africa, with its habitat stretching from Cape Point to the Namaqualand, it’s intentionally cultivated in botanical gardens as far off as California.

How to use it The Dutch recorded using wild sage for indigestion, heartburn, colic and diarrhoea as far back as the 1600s, after their arrival at the Cape. Van Zyl notes that in addition to its healing properties, its herbaceous yet sweet aroma and flavour transfers well into food and drinks, much like that of common sage, Salvia officinalis.

“It works well with teas, liquids for cocktails and also dairies. It makes an amazing ice cream and one of the best flavours in a rum milk punch,” he elaborates.

“I use it for tinctures and bitters. It’s amazing in hot serves, and its herbaceous nature makes it suited for more spirit-forward cocktails. The fact that it’s widely accessible makes experiments possible.”

How to identify it Buchu, also going by boegoe, falls under the Rutaceae family – the same family that citrus fruits like oranges, nartjies, lemons belong to, making them cousins of sorts. “There are two main genera, namely Agathosma and Diosma. The ‘Ag’ is the most well-known, that’s more prone for agricultural use,” says Van Zyl. Interestingly, Van Zyl notes that scents can vary dramatically.

“It all depends on what subtract of soil or terroir it’s growing in. The flavours can vary from a sweet floral citrus to a more herbaceous and spicy garlic. The most notorious buchu – namely Agathosma crenulata – has a more pungent blackcurrant taste to it.”

“Usually growing in the hills and valleys of the Cape Mountains, it’s a hardy, ever-green shrub with a height that can vary from no more than 20 cm high to 2 m high. During springtime, it gets covered in beautiful five-petalled white flowers, shaped in the form of a star.”

How to use it The indigenous Khoi and San people from Southern Africa have been using buchu medicinally for thousands of years. “They mix it with fat to use it as an ointment to put on wounds, and they put it in water and use it as an herbaceous tea for detoxing and to prevent colds, flues and fevers,” Van Zyl informs. Van Zyl loves it because of its versatility of flavour in bars and kitchens.

“It makes amazing syrups. It marries well with vermouth. When put with more stone-fruit flavours, it becomes a remedy you’ll fall in love with. Think apricot and buchu syrup, or garlic buchu with origanum and clarified tomatoes in a Bloody Mary. One of my favourites is the anise buchu variant in an orgeat syrup, for a Japanese cocktail,” he offers.

Van Zyl is not the only local flavourist to love buchu, and he urges fellow fans to forage with care: “Buchu takes many years to settle in the terroir they grow in, making their population and mere existence easily threatened by wildfires – with some species already critically endangered.”

How to identify it Pelargoniums are a genus of perennials, succulents and shrubs that fall under the Geraniaceae family. Various species can be found in Southern Africa.

“Many hybrids species exist nowadays. It comes in many shapes and sizes and not all, but some of them, contain amazing aromas and flavours – for instance, lemon, citronella, chocolate, rose and nutmeg flavours that makes it an excellent flavouring herb for syrups, vermouths, spirits and teas,” says Van Zyl.

“The five-pointed leaves range from smooth and leather-like to hard and serrated, almost like a chicken foot … hence its Afrikaans name of ‘hoendervoetbos’, meaning ‘chicken-foot bush’. The flowers are usually fine, five-to-six petals, in all colours of the spectrum.” How to use it Like wild sage and buchu, pelargoniums have remedial benefits – used to treat colds, flues, stomach ailments and fevers – and often feature in aromatherapy oils and ointments. “Pelargoniums are widely used in the perfume industry and distilled for their amazing scents. Its versatility makes it almost a super plant. It contains beauty, fragrance and healing powers – making it my absolute favourite.”

“This is the magic power for all high-proof spirits such as gin, vodkas, tequila and other clear spirits, adding extra-dimension and depth of aromas and flavours. It makes an exceptional aromatiser or spray as a final touch to your cocktail. It makes out-of-this world bitters and is the best thing for flavouring vermouth,” enthuses Van Zyl.