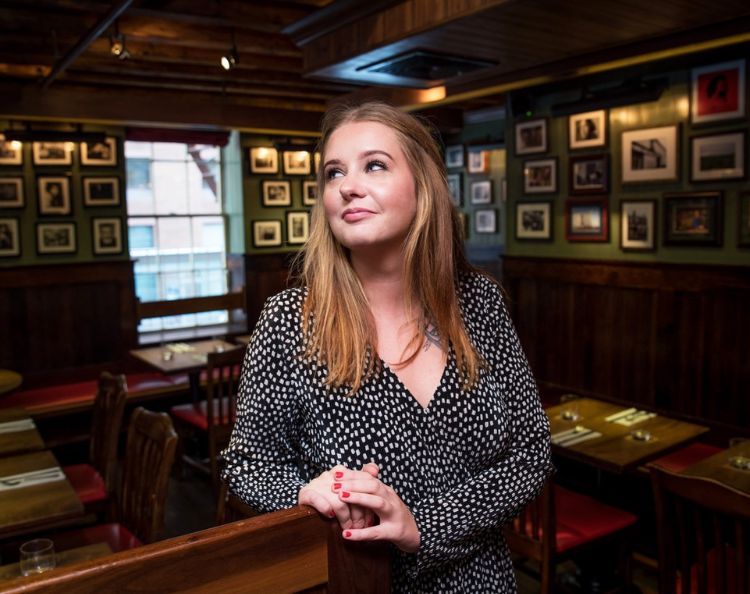 Being among the last generation of bartenders that relied on print matter- albeit lightly, given that Mr. Boston’s Bartender’s Guide was the only recipe reference available behind the bar in my early years- until 2001, when William Grimes published Straight Up or On The Rocks, The Story of the American Cocktail; I’ve begun to ponder how much print still matters to an industry saturated with photo and video content? To corroborate my curiosity, I consulted with fellow drink dinosaur and the author of Larousse Cocktails, Fernando Castellon.  Even over in France- he’s now based in Lyon- “when I started bartending in the mid 1990s, books played an essential (role), but it was also a source of confusion. My two first books had a different (recipe) balance and story/origin for each classic drink.  I became a drink historian to find and share true cocktail storytelling.”

Following in Fernando’s footsteps, I read Gary Regan’s Joy of Mixology, Dale DeGroff’s The Craft of the Cocktail, and Ted Haigh’s Vintage Spirits and Forgotten Cocktails, when they were released between 2002/3, and became an amateur mixographer myself to uncover the history of my newly chosen vocation. I concur with Castellon who recalls, “collecting old books was the only way for me to find trustworthy information about classic cocktails.” Which brings me back to my original question: with so many of these fantastically rare books bartenders like Fernando and I hunted for, available in high quality digital scans via  Exposition Universelle des Vins et Spiritueux (https://euvs-vintage-cocktail-books.cld.bz), does anybody still read them?  According to Castellon, yes, these rare vintage books are like “a time machine trip to better understand the context of each period of cocktail history.”

London-based publicist and publisher Rebekkah Dooley builds that “bar books allow bartenders to better understand other drinking cultures, get an insight in to how their peers are thinking, and spark new ideas. Not every bartender in London has been to a Dave Arnold bar, but they’ve almost certainly read his book and made a drink because of it.” A key point of differentiation between the present and the 1990’s is that today is there’s much less interest in navel-gazing. In the wake of the most dynamic period of global drinks mixing in history, today’s bartenders read for professional development, instead of needing to fill in the missing pieces of their past.  But there’s still history to uncover reminds spirits educator, consultant and author Shannon Mustipher, who notes that we still lack “information on the history of African Americans behind the bar, which is difficult to track down and not as easy to codify given the dearth of books published by African American bartenders on the topic of mixology.”

Her watershed 2019 TIKI: Modern Tropical Cocktails, the first cocktail book published by an African American bartender since Tom Bullock’s The Ideal Bartender a century before, has been embraced by both consumers and the trade alike. Beyond its historic significance, Mustipher notes, “I see the book’s publication as a step forward for representation of any community that has not had access to a large platform in the bar community, inclusive of women, people of color in general, and last but not least, Tikiphiles.” Mustipher credits Jeff “Beachbum” Berry’s Potions of the Caribbean as “integral to my development as a professional in the trade” and observes bartenders “still reading books – but I think that they are spending more time engaging with online platforms that have a strong social media presence, such as www.punchdrink.com.” She views social media as key vehicle for “seeking information, sharing information, sending messages and establishing new working relationships, and all media is increasingly funneled through these platforms.” Castellon points out that social media and the influencers who promote it have “the power to reach their own community quickly, so brands give them almost as much influence as a journalist.”  As a native French speaker, he laments that “few International books are translated, so visual inspirations from social networks seems more attractive.” In addition to the absence of French translations of popular international books, “we still don’t have a trade magazine about cocktails and bars, and we have  (just) two spirits references: Whisky Magazine, and Rumporter.” Over the Channel, its much different according to Dooley, who cheers on that “in the UK, almost every newspaper has a food, cocktail, bar and restaurant section – that’s something that’s changed in the past 5+ years, and it’s great to see. It’s nice to open up a national paper and see our industry represented.” Although with that level of saturation, she’s concerned that “there are media conglomerates with too much control, and I’d like to see more independent journalism and publications.”  Instead of waiting for someone else to fill the void, she co-founded Discard the Zine with Gareth Evans during the dark days of the pandemic, and they released the first edition in March of 2020.  They’re five issues in and up for a Spirited Award at Tales of the Cocktail this month.  “We just wanted people to talk about the issues they care about. There was no money changing hands, so it created more of an equal footing – we weren’t using other people’s stories to get money from advertisers.” Shannon did not mention Discard when I asked what media she reads- she’s long been a fan of Difford’s Guide – but her suggestion for how media could improve: “from spending more time investing in visiting and getting acquainted with bars, bartenders, and personalities that fall outside of the list of usual suspects whose names don’t recur in press and awards” seems to fit the hole Dooley and Evans have filled.  Mustipher also suggests it might be a “a good thing if there was less trade media, released at slower intervals, with more time devoted to topics on a quarterly or biannual basis.” The sort of writing Mustipher is alluding to sounds a whole lot like Discard. Shannon remains optimistic over “a good amount of energy over the past few years to make inclusivity a focus and to feature the work of African American and BIPOC bartenders, operators, distillers, and educators increase significantly.” Dooley concedes that despite the current media’s imperfections, it allows “me to keep my ear to the ground, without having to go to bars every night!” Now I just wonder how many of my readers know what I mean by “library card”? ———— The views and opinions expressed in this article are those of the author and do not necessarily reflect those of Freepour.