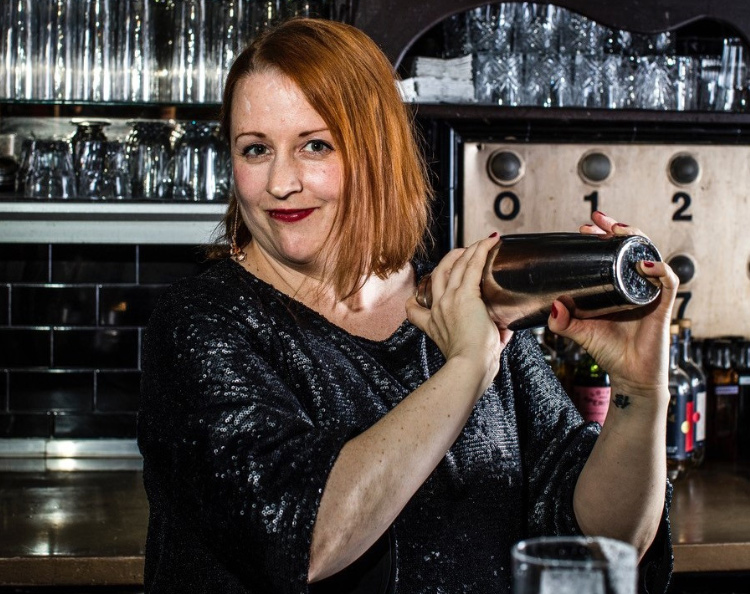 Setting aside chefs- whose centrality to the success of a hospitality organization is undisputed- bartenders tend to receive the lion share of public facing credit for their contributions in the front of house, with most other service staff toiling in relative obscurity. And while this still continues today, attitudes and operations philosophies are shifting, as many leaders reprioritize their efforts to achieve excellence throughout their roster. New York City’s Meaghan Dorman recalls “coming up in an era where bartenders were at the top of the totem pole and everyone else worked below. That frustrated me… and was something I didn’t want to continue once I was a leader.” This sort of hierarchy was loosely based on the French Brigade de Cuisine, which instituted order through a regimented system policed by behavior that’s been roundly condemned during the pandemic’s restaurant reckoning.

I came up in it, gradually working my way from entry level positions in multiple bars for over a decade in two cities before I became a journeyman bartender that could begin at that position moving forward.  Numerous changes in the industry from abolishing or redistributing tips more equitably, to famous former bartenders like London’s Ago Perrone stepping out on to the floor have made supporting roles appear more desirable as of late. Perrone told me “I always say that it doesn’t matter what you do, but how you do it. Everybody can craft their own journey and experience working hard, seeking learnings and inspiration with kindness and determination all around you to shape your own position.”  When I asked Ago about working on the other side of the bar, he playfully reminded me that he commissioned a bar trolley to make Martinis on in the lounge because he felt more comfortable behind a bar.

According to New Orleans’ Neal Bodenheimer, “our goal as operators should be to put our team members in the best position for their talents, because their success is our success.” Most hospitality workers specialize as a host, server, bartender, sommelier, barista or manager; but increasingly, many operators schedule their staff in multiple positions on a weekly basis.  I first encountered this twenty years ago at a bar in New York, where all bartenders made drinks some nights and worked the floor on others. Doorman astutely points out that “our bars have way more floor seats than bar stools, so servers are essential to success. We typically cross train servers and bartenders so that the guest is always getting the same level of knowledge and agency.” In addition to the guests benefiting, the staff does as well according to Perrone, who cross trains at the Connaught “because, in order to work seamlessly and in harmony, every team needs to understand the role other members cover.”  Getting to a point in individual and collective staff experience where this is possible takes time and effort. Dorman estimates “it takes about six months to really get into a groove in a role AND in the venue itself”, while Bodenheimer has watched “some entry level positions take a handful of years, while some pursuits like serving and bartending can be a life’s work.” Both agree that each position has a different learning curve which varies based upon the effort and aptitude of the employee.

In order to patch the proficiency gaps with a team of mixed experience, Perrone believes “structure is necessary to make a venue work efficiently and smoothly, plus, we all need clarity about our role, responsibilities and objectives.” Bodenheimer still ascribes to hierarchical structure with the caveat that you must “try to make all positions as appealing as possible. Some positions should be starter positions or opportunities for people with specific ambitions to get their foot in the door.” After the great resignation in the hospitality industry, I’ve found so-called entry level positions such as dishwashing, bussing and bar-backing to be the toughest spots to fill. Over the past year of service in my restaurant, I’ve spent much more time bussing tables and stocking the bar than representing my list to accommodate the needs of my colleagues. Dorman concurs, confiding “my very first job was bussing tables and I have taken on bar-back duties when opening a venue so I can strategize about the priorities, schedule and more.” My fellow managers typically station themselves at the pass to expedite and run food or at the door to host and manage reservations.  Each of these roles- bussing, bar-backing, running food and hosting- require organizational skills, which Bodenheimer concedes, “let’s face it; to be good at any position in a restaurant or bar you have to be organized.” Unlike bartending or cooking, what these roles do not require is production; but “they create one of the most important overarching products, which is how people feel at a bar,” says Bodenheimer.  If there’s been one key pivot in the industry during the pandemic, I’d say it’s this galvanization around the value of emotional intelligence in the industry. A lot of veterans and newcomers to hospitality are now just as focused on the quality of their work environment as they are on the wares they’re serving. This shift in priorities valuing all positions, cross training all staff to proficiency, and placing emotional intelligence on a pedestal with production  requires leadership to evolve too.  Dorman recalls “gravitating towards management at Raines Law Room because she knew it needed someone dedicated full time to its success and growth. I was able to learn and take on more as the business grew”, however, her growth as a leader “was on my own and not something very prevalent in our industry.” There is a huge opportunity to fill this training gap in the years ahead. The pandemic has placed tremendous pressure on hospitality over the past few years and most of those that have pivoted their way though it do not want to go back to the way it was. Many leaders now realize that like a chain, every organization’s strength is represented by their weakest link, and this can no longer be hiring and retention.  Building a stronger, more resilient work force will only be possible through investing at every level of the organizational depth chart. ———— The views and opinions expressed in this article are those of the author and do not necessarily reflect those of Freepour.